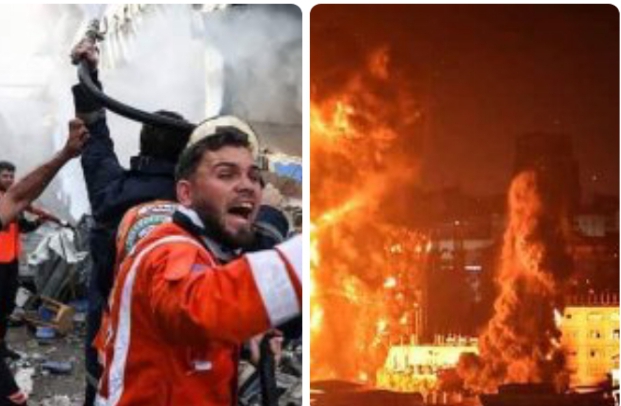 Israeli airstrikes hammered the Gaza Strip on Monday after a week of violence that has killed more than 200 people, the large majority Palestinian, despite international calls for de-escalation.

Before dawn, in the space of just a few minutes, dozens of Israeli strikes bombarded the crowded coastal Palestinian enclave controlled by Islamist group Hamas, according to AFP journalists and the army.

Some 3,100 rockets have also been fired by Palestinian militants toward Israel since conflict escalated on May 10 in the heaviest exchange of fire between the rivals in years, sparked by unrest in Jerusalem.

West Gaza resident Mad Abed Rabbo, 39, expressed “horror and fear” at the intensity of the onslaught.

“There have never been strikes of this magnitude,” he said.